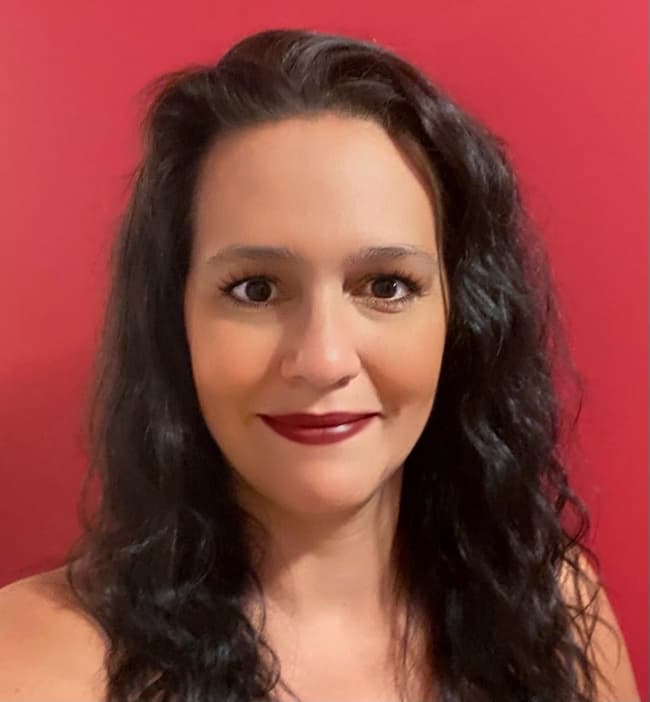 Christina Casey is described by Christy Silva, Aidan’s Mother and Board President of Aidan’s Heart Foundation, as “AMAZING.”

Christina, the former Director of Education for Uwchlan Ambulance, is currently the Assistant Secretary for West Vincent Township. She settled comfortably into this administrative role at West Vincent Township, which much to her delight, has allowed her to return to a volunteer role as an EMT for the Quick Response Team at Ludwig’s Corner Fire. This response team provides service to the community before the ambulance arrives. Her role has resulted in spending more time in the community in a hands-on setting—a privilege she deeply cherishes.

Nearly two years ago, before Christina made the transition to West Vincent Township, she received a call from Christy, and they immediately formed a bond over their shared belief regarding the importance of CPR and AED training for the community. As Christina relayed to me, “I could not help but be excited by Christy’s passion and offered to do any training that she needed.” Christina’s advocacy for promoting CPR and AED resulted from two Sudden Cardiac Arrest (SCA) episodes her father experienced during his lifetime. Fortunately, he survived these episodes. Shortly after connecting with Christy, Christina became a staunch advocate and a loyal enthusiastic volunteer of Aidan’s Heart Foundation. She describes herself as being “lucky enough” to be invited to participate in the training workouts at Coatesville High School as well as the Youth-Led Hands-Only CPR + AED Community Training event at the Marsh Creek Sixth Grade Center. When it comes to training fellow members in the community on the importance of CPR and AED, it is finding that “connection” with each individual that Christina finds most rewarding and enjoyable. Sometimes this means explaining complex medical terms using simpler analogies or just offering a cheering voice when one is trying to establish and maintain the rhythm of the chest compressions.

Christina’s parents were both born in Germany before finding love with one another here in America. She hails from the Windy City and grew up in a neighborhood occupied primarily with first responders. Needless to say, these police officers, firefighters, 911 dispatchers, and EMT’s helped provide the inspiration Christina needed to find her path toward service and coming to the rescue of those in need. After graduating high school, Christina enrolled at Lehigh University in Bethlehem, Pennsylvania, where she earned a bachelor’s degree while studying both finance and writing. Upon graduation, the former Chicagoan began working at Price Waterhouse Coopers in Philadelphia. Christina always intended on returning to Chicago to further her career despite the frigid weather and often-unbearable winds. However, life can be unpredictable and a mere three months before relocating Christina met her husband, Scott. According to Christina, she “just knew they were going to get married,” and twenty-six years and four children later, this prophecy still holds true.

This reader, crafter, and cooking enthusiast cherishes her role as a mother with children ranging in age from sixteen to twenty. Christina described herself as a “volunteer mom” dedicating her time to West Vincent Elementary PTA, Parks & Recreation, Girl Scouts, Cub Scouts, and even playing a prominent role as a substitute teacher throughout the district. During her time on the West Vincent Elementary PTA, Christina met her closest friend, Adrienne, and the two of them obtained their EMT certification. Obtaining her EMT certification led Christina to become a first responder at the local fire company and an instructor at the local ambulance company conducting CPR and EMT training sessions. This was a perfect scenario for Christina who was finally able to “marry her EMT and teaching roles,” and goes on to explain that “It was such a feel-good course because students really understand the importance of what they are learning and WANT to learn.” Her local community has greatly benefited from Christina’s work as an EMT. Thank you, Adrienne!

When I asked Christina why she firmly believes CPR and AED are skills that every youth and adult need to learn, her immediate response was, “Whew! This is a great question and one that I have stressed over a few hundred times in previous classes.” While many reading this are well aware of the importance of CPR, AED, and their ability to intervene in a life threatening SCA episode, we may not all be aware of what actually takes place during a SCA episode. As such, I will let Christina explain in vivid detail;

“Cardiac arrest occurs when a disruption in the heart's electrical activity keeps the heart from pumping effectively and may cause it to stop. When this happens, the brain and other vital organs do not receive the blood and oxygen needed. This requires treatment within minutes to prevent death. For every minute that a person who is in cardiac arrest goes untreated, their chances of survival drop by 10%, thus time is extremely critical. The sooner the heart's rhythm is restored, the greater the chance damage to the brain and other organs will not be permanent.

Christina continued, “By the time emergency responders are called and arrive, sometimes five or ten minutes may pass. This means that the person’s BEST chance of survival is having a nearby person start CPR as quickly as possible BEFORE the ambulance can get there. CPR can keep blood flowing to the heart and brain for a time. In addition to CPR, AEDs are used during cardiac arrests. When the heart’s electrical disruption causes a dangerously fast heartbeat (ventricular tachycardia) or a fast and irregular heartbeat (ventricular fibrillation), ONLY an AED can jolt the heart back into a regular rhythm. Together, bystander-initiated CPR with the use of an AED can improve the chances of survival.”

At the end of our conversation, Christina did reveal a personal tidbit—she is looking forward to having grandkids one day, however, she added, with an explanation point no less, “I’m in no rush for that one!” In the meantime, this vital member of the local community and Aidan’s Heart Foundation reveals that she will maintain her commitment to volunteering with Ludwigs Corner Fire Company as an EMT. You heard it here first! Regardless of where life takes Christina, we can be certain that she will be a champion of her unwavering commitment to promoting the importance of CPR and AED, while continuing to touch many lives in the process. Thank you, Christina.